Valerie Somerville reports that the St Albans Swimming Club wound up a successful season of lessons recently with a celebratory barbecue and prizegiving at the Shirley Intermediate school. Photographs of the event appear on the next page so click on Continue reading to see them.

The barbecue was sponsored by the Rotary Neighbourhood Trust fund and was enjoyed by a group of approximately 100 club members. This was followed by a prizegiving ceremony with all club members receiving a club progress certificate.

Cups and trophies were also awarded to those with outstanding progress, attendance, perseverance and attitude to learning to swim. Sophie McIntosh was awarded the Historic Blood Cup as the Most Promising Swimmer. Swimming Coach Brian Anderson awarded the Best Effort trophy to Michael Gillette and the historic Dorrie Venning trophy was awarded to Masters swimmer, Danielle Reiser.

The President paid tribute to, and thanked, the volunteer pool duty personnel and swimming teachers Brian Gardiner and Helen Pugh for their great service to the club. The ceremony concluded a family-friendly club season that was enjoyed by all.

The Club plans to start the 2014-2015 season in the solar heated pools at Shirley Intermediate School in November, following a fundraising triathlon.

The following photographs were taken at the prize giving: 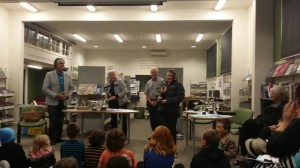 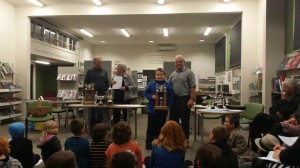 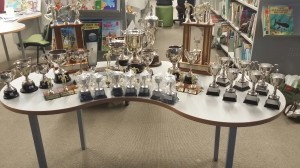 Involved with St Albans Community Resource Centre and NeighbourNet since 1997
View all posts by belinda →
This entry was posted in Sports. Bookmark the permalink.
US